ICER Versus NICE: The Verdict From Our ISPOR Glasgow Issue Panel 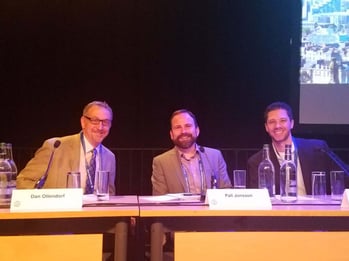 One ISPOR Glasgow highlight for me was an issues panel I moderated on Wednesday, November 8th, the last day of the conference. Titled “Should ICER be NICE (or Not)?”, the session had a great turnout – nearly 200 people – and included Dr. Dan Ollendorf, Chief Scientific Officer at the Institute for Clinical and Economic Review (ICER) and Dr. Páll Jónsson, Associate Director at the National Institute for Health and Care Excellence (NICE) as panelists. The goal of the ICER versus NICE session was to compare ICER’s value assessment framework with NICE’s guidelines.

The differences of ICER versus NICE can be thought of in terms of procedural and technical variations.

How are NICE’s guidelines and ICER’s framework the same?

Along with the minor variations above, we also discussed a number of similarities between the organizations:

Both organizations use clinical and economic evidence to improve population health and the quality of care and to allow for more efficient use of healthcare resources. They do so through cost-utility analyses, focusing on assessments of the incremental cost per QALY gained.

Both organizations support analysis and reporting of disaggregated results, such as QALYs from different health states, the number and associated costs of clinically-relevant endpoints (e.g., strokes averted among an AF population), as well as total and setting of care costs. 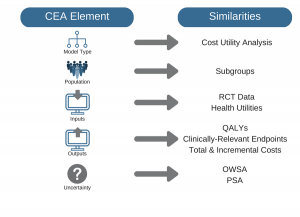 What was the key takeaway of the ICER versus NICE Issues Panel?

At the end of the day, ICER versus NICE aren't that different. It was agreed that most of the observed differences between the two are at the margin, so the results and interpretations may not vary substantially. Moreover, because the two organizations are working toward the same goal (i.e., to improve population health, quality of care, and efficiency), the organizations could easily morph into one another were they to switch geographic regions. That is, NICE would likely adopt ICER’s US-centric principles if it worked within the US’s regulatory, political, and health system landscape, and vice versa.

ISPOR has posted the presentation, which can be found under here under IP20: Should ICER be NICE (Or Not)? How ICER’s New Cost-Effectiveness Framework Compares with NICE’s Guidelines. If you attended the session or if you are reviewing the slides for the first time and have questions, please do not hesitate to contact me.