Should ICER Be NICE (or Not)?: A Prelude to Our ISPOR Glasgow Issue Panel

ISPOR’s 20th Annual European Congress in Glasgow is fast approaching, with the first plenary session scheduled for this Monday, November 6th. I will be attending as part of BHE’s team and am looking forward to the plenary sessions discussing the evolution of value in healthcare, including the increase in value-based care initiatives, the future of health technology assessments (HTA) in Europe, and future expectations for valuations of health technologies. I am also excited to moderate an issues panel at ISPOR Glasgow that is focused on the methods for conducting cost-effectiveness analyses (CEAs), specifically the ICER versus NICE cost-effectiveness analyses. Here’s a quick preview of what this panel plans to address.

US HTA Use is Fragmented

In the United States, the use of HTA programs is generally considered to be fragmented and uncoordinated. However, the Institute for Clinical and Economic Review (ICER) has emerged as a likely de facto HTA body in the US. With CEAs in mind, I have written a number of ICER blogs on ICER’s recently-released final framework, including a comparison of ICER’s framework to the Second Panel’s recommendations. Recently, I have shifted my attention to how ICER’s framework compares with the National Institute for Health and Care Excellence’s (NICE) guidelines, which will be the focus for the upcoming issue panel.

What is the Rationale for the Issue Panel?

In 1995, the European Union formed the European Medicines Agency (EMA) as a means of centralizing the regulatory approval process in Europe. Since then, academics and industry stakeholders in Europe have debated the idea of harmonizing the HTA process as well. Within many geographic regions, HTA bodies consider the cost-effectiveness of health technologies when making coverage decisions. Results from CEAs may differ across countries due to differences in the underlying model framework and/or the model inputs. Components of a model framework may differ across countries. 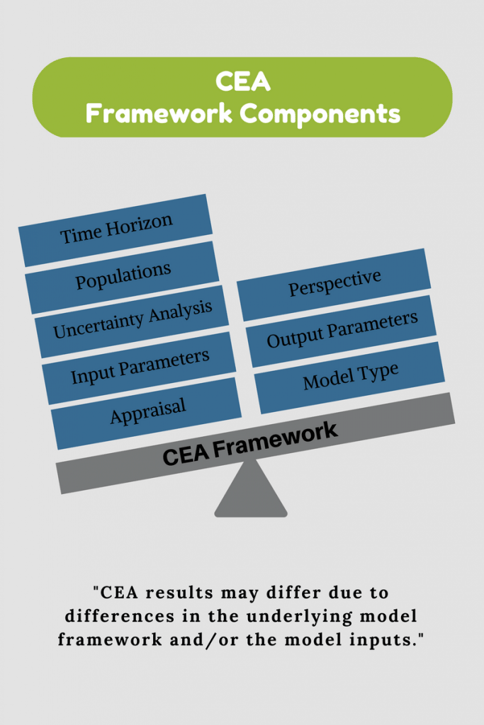 While it may not be possible to harmonize inputs across countries, can – and should – the components of the framework be harmonized? Moreover, should there be a unified framework for designing, implementing, and reporting CEAs?

Key Questions for ICER and NICE:

Given the establishment of NICE in England and the rise of ICER in the US, CEAs are in a state of flux and there are many questions left to answer. During the ICER vs. NICE Issues Panel at ISPOR Glasgow, I will be joined by Dr. Dan Ollendorf, Chief Scientific Officer at ICER and Dr. Páll Jónsson, Associate Director at NICE, to debate the following:

If you are attending ISPOR Glasgow, please join us for what is sure to be a lively discussion and debate! Below are the details: